Trade and absolute and comparative advantage

Adams Smith in his publication of “The wealth of the nations” suggested that
countries should produce what they have absolute advantage in.
Absolute advantage can be further explained through a simple example. Consider the two countries Sweden and the United Kingdom. Assuming that Sweden can produce 1 unit of herring with the labor of 50 workers whereas the UK requires the labor of 80 workers to produce one unit of herring. It is clear that the Sweden requires a lesser amount of inputs in producing herring.

Therefore it is obvious, either way, Sweden has the absolute advantage in producing.

In a situation like explained above, where one country has the absolute advantage in producing the both goods, a question arises whether to engage in International trade or not.

But David Ricardo in his publication of “Principles of Political Economy” has mentioned something different to what Adams Smith Suggested. David Ricardo suggests that “countries should produce what they can produce most efficiently and import the goods that they cannot produce efficiently” through his theory of Comparative advantage. According to David Ricardo, even though if one country has absolute advantage in all of the goods, that country should still only produce the goods that it can produce most efficiently. (Charles W. L.Hills, G.Thomas M.Hult, 2019) 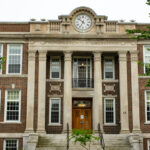 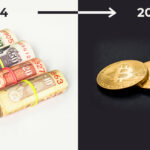