Institutions and the role of cause and effects on the economies

The essential institutions in a modern economy

Institutions are the rules or the mechanisms that control the behavior of the communities. An institution can either be formal or informal. However, both formal and informal institutions pay a very important role in shaping out the society.

Money, being an important institution, runs back through a long history before turning in to the currency we are using today. Money has played an important role in the past, and playing an important role in the modern economy too.
During that time period where money was not yet introduced, trade has happened through barter agreements, but due to lack of double coincidence of wants, it has not always been a successful trade practice.
Today, having the double coincidence of wants is not essential in order to engage in trade, all because of money, people can engage in trade not only domestically but also in an international manner too.
That proves the importance of money in the modern economy.

In the same way the investors, properties and resources are protected, there should be a mechanism to protect consumers. The prices of the goods are determined through the mechanism of supply and demand. But in a market where there is only one supplier, he can control the supply and the prices hence the power of the consumers to bargain becomes weaker. In a monopoly market, where there is only one supplier, government regulations are essential to protect consumers from unfair business practices.
Co-operative institutions are formed for providing services for the members. Co-operatives have open memberships and the members have equal right to vote and most importantly they are managed in a democratic manner. Co-operatives has emerged in many sectors of the economy and today in almost every advanced economy co-operatives can be seen (Jonethen Michie, Joseph R.Blasi, Carlo Borzaga, 2017)
Co-operatives address the needs of the members, hence they address the needs of the society. The contribution of co-operative to the economy has been so drastic throughout the past, and now in the modern world too it has continued being an essential part of the society.

Similarly but inside a broader frame, welfare state institutions facilitates the wellbeing of the society and acts on public interests ensuring that the
equality is met in meeting the needs of the public.

Banks can be identified as one of the most important institutions that helps to operate financial and business activities smoothly. Further explaining, banks are those institutions who take deposits of people who are identified as savers or the investors, and lend money to the borrowers. However in addition to taking deposits and lending money, banks do a number of services in the economy. In modern society, cross border trade is not uncommon, and since the different countries use different type of currencies, an institution where currency can be
exchanged is compulsory. Banks exchange foreign currency at the request of the customers and facilitates international transactions. Banks also provide clearing services between the accounts, therefore the risk of using cash in transactions can be avoided.
Even though it is true that most of the innovations in the banking sector has happened in the recent past, banks are not something new to the society. The history of banking is running back to the era where money was first invested. And there are evidence of well advanced banking systems that was practiced during the middle ages in Italy.
In 19th century banks started acting as the intermediates, or in other word when a transaction is taken place between two parties, banks has started being the third party who ensure the trust in the transaction (Persson, 2010).
Even today, banks acting as an intermediate can be seen in international
agreements. For instance, in international trade, exporter faces a risk in shipping the goods before the payment is made, and importer faces the risk if he has to do the payment before receiving goods. To overcome this, banks issue Letter of Credit facilities where both parties put their trust on each other through banks. Moreover, banks has provided different investing facilities in addition to savings accounts, hence the time and the cost for doing assessments of investing methods for investors had decreased. On contrary to taking deposits, banks lend
money for borrowers. However, it is a requirement for banks to follow fractional reserve  banking in deciding how much is available for lending. A fractional reserve banking is a process where banks keeps only a fraction of money from the deposits and the rest of the amount bank can use for lending in return for an interest payment. The importance of fractional reserve banking is that bank will always have some deposits when a depositor requests their money, and the other fraction can be used to earn interest income. However, if bank does not reserve enough deposits, it can a liquidity crisis. Liquidity crisis is a condition where bank does not have
enough reserves or assets than can be liquidate when depositors request their money back.
And, another way a bank runs could happen is through a crisis of solvency. In a solvency crisis banks face a condition where its debts are higher than the assets it has.
All in all, the importance of banking in modern economy is so drastic. With the spread of banks, savings ratio has increased. People are encouraged to save their money in banks because it’s less risky and also in return they get an interest income. Moreover, the monetization of the economy has also increased because of the banking system. Considering all those facts, it is visible that banks are one of the most important institutions of the modern
society.
——————————————————————————- 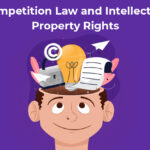 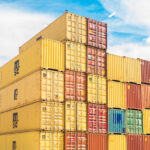